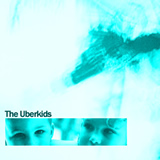 Observatory is an independent net-label from Vienna, Austria, releasing completely free, high quality EPs of the many artists involved with the independent record label, Skylab Operations and the friends we make along our journey through independent music.

This compilation draws together the first 14 releases from Observatory Online in one place.

For this debut remix release the Uberkids, Rebekah and Noah Simon, secreted themselves in their studio and created a collection of specially-recorded loops and samples, which they then supplied over the internet to several members of the Skylab Operations family (such as I Am Robot And Proud, Headphone Science, Sweet Trip, .Tape, and of course, Phasmid) with specific instructions that the remixers could do anything they wanted with the samples as long as they did not turn them into anything scary or demonic sounding. The results of these joint endeavors are presented below for your listening pleasure. The Uberkids are presently working on a new collaborative effort with their father, Phasmid, who enjoys releases on Skylab Operations, Piehead Records, and many others.When not writing and recording music, the U-Kids like to spend their time playing house and fighting with each other.

Inclination. The moniker with which Canadian bedroom-soundscape artist and engineer, Jason Cheshire creates his vision of the future. With influences ranging from ambient visionary Brian Eno to Depeche Mode to Solvent, Cheshire excels with his interpretation on electro-ambient soundscape creation. After Inclination's much anticipated CDr, "Bitrate Emotions", self-released by Cheshire himself earlier in 2002, we've collected 2 of his newest songs, 1 song off of his CDr, and 1 remix by friend, Kunstner5 onto this exclusive EP.

Kunstner5 is the project of young Danish artist and music lover Claus Jungersen. He has been composing and producing in his bedroom for over 3 years, experimenting with many different styles of electronic music, he's not ready to commit himself to one certain sound. In his sparetime apart from creating music, he also runs the quite popular mp3-ezine electraum.com, which presents a collection of new electronic sounds from all over the world monthly. After the production of this EP, his work on the Kunstner5 full length album begins, which should hopefully be available at your local record store soon.

.Tape. is 26 year old Daniel Romero from Asturias, Spain. He wears glasses, likes playing with toy instruments such as the casio pt88, toy accordion, and a toy spanish guitar. He uses a very simple sequencer and records his toy instruments with a simple pc microphone. Bringing together his love for lo-fi indie pop with his love for melodic electro-pop, .tape. creates a unique story-book landscape where more than likely, you'll find the princess saves the dragon from the evil prince.

Many of you may already know John Kale, AKA Satellite Grooves. He's a close friend and partner of Skylab Operations, so, shortly after the release of the Satellite Grooves full-length CD on Skylab Operations, it's only natural that we'd feature more of John's music through our online counter-part. Here we find 2 songs from John's unreleased debut CD from 2000, where you can clearly see the influence science fiction books had on John's music. The third track is a brand new song showing the direction in which Satellite Grooves are headed for the future.

From the woods of Denmark, come the refreshingly crisp and clean soundscapes of K.I.O.L. We'll leave it up to you to ask Stefan what it stands for. Track 1 contains a sample of "Waltz" by Real Ones, track 2 contains a sample of "Wind & Sun" by Snospray. Everything else performed, constructed & defined by Stefan Andreas Pedersen July-September 2002.

Based in Belgium, Formatt started early 2001, after several experiments with analog and digital sounds, as the solo-project of Peter Smeekens. Focussing on the digital enforcement of audio, the main goal for Peter is to achieve a perfect blend of warm, fuzzy analogs and clean, colder digital signals and patterns in his tracks.

These prayers are sent into existence with strong force of will,to help heal the negative oppression of misuse of provider earth. Send your love to all creatures and help heal, you are responsible for reality. As you listen, and the music effects you, the emotions you feel will become the energy. Transient is the name with which Carl Martin creates his enlightening creations of sound, usually while hiking through a remote mountain top forest trail, carrying his trusty laptop.

A young student of anthropology in London's Goldsmiths University, Simon Petre began listening to Classical music at an early age, solidifying his love for music. Around the age of 8, he was introduced to the rock/grunge movement and eventually tiring of guitar-driven music, became obsessed with listening to and collecting vast amounts of hip-hop and electronica music as an escape from school and the boredom of sitting at home. It was during this time Simon began experimenting with free synthesis softwareoff of the internet, to create the sounds which would come to be known as Onethema. Although not very computer literate, Simon believes in experimentation and freedom from programming manuals. He readily admits that half of his visually based music comes from the mistakes he makes while tracking.

"I didn't want to make something that sounded like everything else I've created and this seemed like a perfect opportunity to try something new. so I decided to try and tackle this 4/4 house sound....but what I ended up with wasn't really house at all. I guess my own form of things...like always. The reason that this is an Elasticlego release instead of a Headphone Science release is mainly because of it's 4/4 sound. Anything that's 4/4 or ambient/microsound/whatever becomes an elasticlego release....well, those are my personal guidelines for this shit. I really hate talking and describing my own music, so I'm going to shut up right here." --- Dustin Craig

Loden is 23 year old student Jolan Koks from the mid-size town of Hilversum in The Netherlands. Making music for over 7 years on both analogue and digital sources, Jolan mixes his love for sound (especially for The Beatles) and sunny days to create his unique blend of upbeat electronica, which personally brings to mind a mix of OMD, Boards Of Canda, and many of the Morr Music camp.

Residing in the suburban town of Hillsborough (about 15 miles south of San Francisco), Nick Cramer uses his spare time to paint pictures with sound. With the aid of a computer and various audio programs and sequencers, Nick is refining his technique and sound. Nick gains inspiration from acts such as Pink Floyd, The Alan Parsons Project, Biosphere, Brian Eno, and Spacecraft.

Imtech is a young man from Catalonia, Spain who creates experimental electronic music characterized by mellow and fragile melodies, strong harmonies and simple rhythms with landscape song structures. In a musical environment he began to learn clasical music theory when he was only a child and learned to play the piano shortly thereafter. Later, he was part of an indie-pop band with school mates named Patetiks. After some live shows they gave the band up, and shortly after Imtech starting experimenting with a new sound, thanks to the Warp Records, R&S and Rephlex Records releases that his brother was listening to at the time. Now, you have present day Imtech, lovely spanish electro-pop, transporting you to the nearest beach with a tall cerveza in your hand. You bring the tanning oil.

The original prayers were something I wrote for my mom while she was dying, other than that I'd just like to thank anyone who participated, bringing something positive to the table, and remembering how beautiful a life could be.